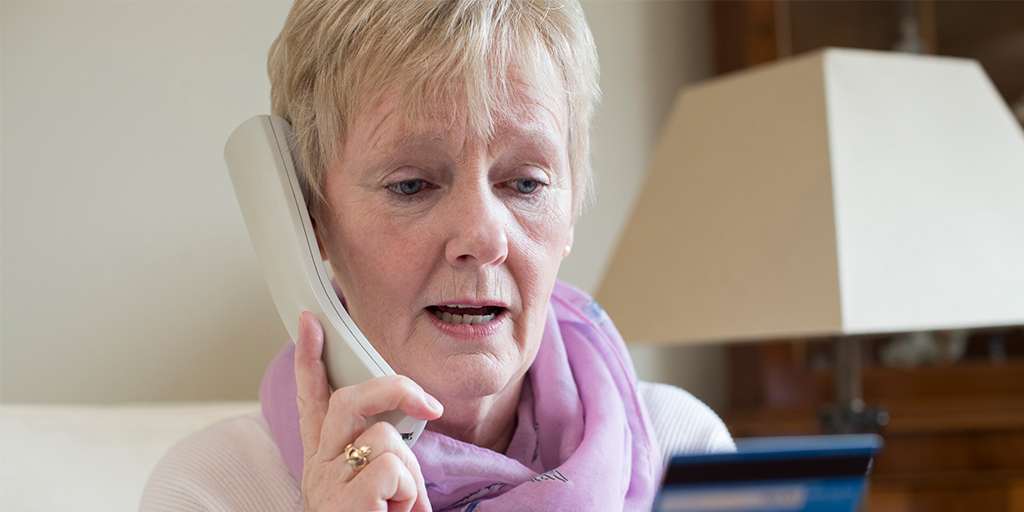 I thought I would share this letter I received so you can watch out for the Medigap scam. Always read the fine print and be informed.

Lately, I’ve had a rash of calls and emails from dispensers and audiologists asking my opinion on some recent developments in managed care and “Medigap” insurance coverages of hearing aids. I’d like to get a feel from our members on how it is affecting their practices.

One such call came yesterday. A dispenser in another state called and said he’d just had the fifth person walk in with their MediGap card in hand, saying they wanted the hearing aids paid for by that insurance company. The dispenser had just advertised an open house to boost sagging sales, and was concerned that too many retired folks were being pulled in by an illusion. He shared some of the conversation thusly:

“According to this letter I just received in the mail, “said the consumer, “I can get two hearing aids paid for by my Medicare supplemental company and it only cost me $699 or $999 co-pay. Can I get these from you?”

“Well, we can get you anything you need,” said the dispenser, “but let’s back up for moment and see if we’re talking about the same thing. From what I understand, that insurance company doesn’t pay for the hearing aids. So, there’s no ‘co-pay’ if there’s no ‘pay’. That’s just a game to make you think your insurance is paying for it. In reality, you’re paying the full cost of everything, plus I understand there’s an additional fee of $300 per aid. The people that made this brochure are a private company and are not part of the insurance company. They just handle the transaction and pay the insurance company something like $100 of your “co-pay”. Then, when you add in the $300 or so additional fees for each instrument (not mentioned in the letter), you end up paying about the same thing you would have paid us. They, in turn, give me something like $175 of that money to test your hearing, program your hearing aids, and deliver them with two paid follow-up visits. After that, you’re pretty much on your own.”

“I didn’t know that. How much would they cost me if I just got them from you?”

“Well, first of all, I don’t know what you need. But let’s say, after testing you, we find you that need hearing aids, I’m pretty sure that I can match or even beat the cost of whatever they are offering. But more importantly, I’ll give you a lot more than just a couple of follow-up visits. Me and my staff will be taking care of you for years to come at no extra cost.

“So, let’s put it this way, you’d be paying them $2600 for two hearing aids if you got their best model, whatever that is–I doubt it would have Bluetooth and some other options you might want or need. That’s likely about what you’d be paying us to do the same thing. But we are a local practice and have a strong reputation of taking good care of our hearing aid patients.”

“Hmmm, well, I guess I need to call the insurance company and find out why they call it a ‘Co-pay’ if they’re not paying for them.”

This dispenser invited the consumer to go ahead and sit for the scheduled hearing evaluation while his assistant called the MediGap insurance company listed on the card, and sure enough, they paid nothing for the instruments. This was just an optional “benefit” their policy holders had available to them. Upon further investigation, it was found that millions of Americans are being persuaded to buy these policies, because there is no monthly premium. Instead, up and down every service they “cover” is a contract arrangement where the service providers pay a portion of the money they collect from Medicare and from the patients when a service is provided. This is called “fee-splitting” in regulatory lingo, which is supposed to be forbidden under Medicare and Medicaid. I understand the question is now being addressed by attorneys general and state insurance departments. So, we may soon be hearing more about this.

Now, I ask again, “Is this Elder Care or Elder Scam?” It is definitely misleading when older adults are led to believe there is “insurance coverage” for something that is, in fact, not even paid for by the insurer. It is also misleading that there is a “Co-Pay” when there is no “Pay”, and to make matters more dicey, the provider is paying the insurance company some of that “Co-Pay”. Then, there is the “extra fees” for delivery that is conveniently hidden until the hook has found its prey. Where is transparency or informed consent is such arrangements?

My personal feeling, as an older adult and lifelong consumer of hearing health services, is that at the least there is not enough transparency and informed consent in the above scenario and that this kind of “arrangement” is misleading and opportunistic. Even the technical descriptions of the hearing aids in their brochures need to be better explained and an absence of diagnostic and rehabilitative value is concerning. At worst, this arrangement appears to involve fee-splitting, misuse of terminology and entrapment by instructing recients to call their “hearing consultants”—are they licensed audiologists or hearing aid dispensers? Or just someone hired off the street but now has a title that might easily be confused with one that is trained and licensed?

What do you think? How will it affect your practice as millions more Medicare recipients go for schemes like this, thinking they are responding to bona fide insurance “coverage”?