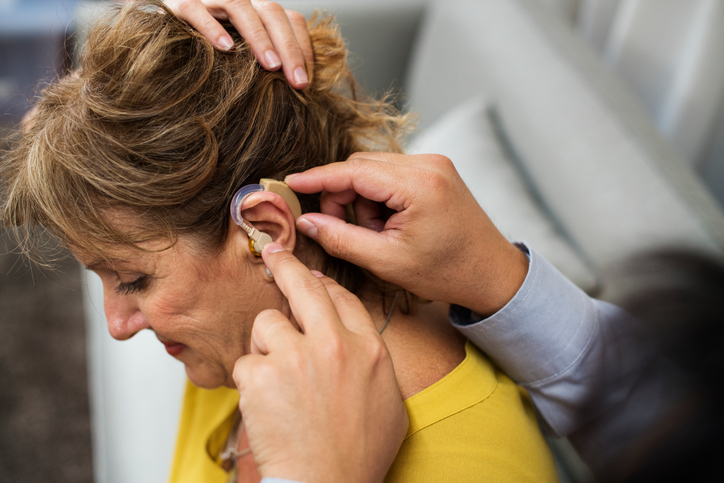 Washington, DC, March 18, 2014—Hearing loss is about twice as common in people with diabetes, so Accurate Hearing Systems is urging those with diabetes to get their hearing checked and to make it a routine part of the their diabetes care and management—all in recognition of American Diabetes Association Alert Day® on March 25. Anyone can take the confidential online survey to determine if they need a comprehensive hearing test by a hearing healthcare professional.

Better Hearing Institute (BHI) is encouraging all adults to find out if they’re at risk for developing type 2 diabetes by taking the American Diabetes Association’s Diabetes Risk Test (ow.ly/uvLST). Although Alert Day is a one-day event, the Diabetes Risk Test and the Accurate Hearing Systems on line hearing test are available year-round.

Hearing depends on small blood vessels and nerves in the inner ear. Studies have shown that people with diabetes have a higher rate of hearing loss than people without diabetes. Although the relationship between diabetes and hearing loss is still being investigated, researchers theorize that, over time, high blood glucose levels can damage the blood vessels and nerves of the inner ear, diminishing the ability to hear. ( http://ow.ly/uCLit)

In a meta-analysis (ow.ly/uvK8y) published in The Journal of Clinical Endocrinology & Metabolism, researchers found that people with diabetes were 2.15 times as likely as those without the disease to have hearing loss. Surprisingly, when broken down by age, the younger group was at greater risk. The results showed that those 60 and younger with diabetes were 2.61 times more likely to have hearing loss, while the risk for those older than 60 was 1.58 times higher. The meta-analysis looked at 13 previous studies that examined the link between diabetes and hearing loss.

According to Professor Hirohito Sone, Department of Internal Medicine, Niigata University School of Medicine, Niigata, Japan:  “Our findings support routine hearing screenings for people with diabetes starting at an earlier age than for people without the disease. From a preventive healthcare perspective, this is very important because we know that when left untreated, hearing loss can exacerbate and perhaps even lead to other health problems, such as depression and dementia, making the diabetes burden even greater.”

Likewise, research (ow.ly/uvJNQ) also suggests that by keeping diabetes under control, people can help minimize potential diabetes-related hearing damage. Researchers at Henry Ford Hospital in Detroit found that women between the ages of 60 and 75 with well-controlled diabetes had better hearing than women whose diabetes was poorly controlled.

“A certain degree of hearing loss is common with aging, but it is often accelerated in patients with diabetes, especially if blood-glucose levels are not being controlled,” said senior study author Kathleen L. Yaremchuk, M.D., Chair of the Department of Otolaryngology-Head and Neck Surgery at Henry Ford Hospital in Detroit.

“Our study really points to the importance of patients controlling their diabetes and paying attention to their hearing health.”

Unlike eye exams, hearing health examinations are often overlooked in the routine regimen of care for people with diabetes, despite the fact that the vast majority of people with hearing loss can benefit from hearing aids. In fact, almost all of the 400 people who underwent hearing tests at the American Diabetes Association’s EXPO in Portland, Oregon in 2012 said they had never received a physician’s recommendation for a hearing test. Yet more than half of these 400 individuals were found to have hearing loss. And nearly all of them said they did not know that hearing loss is associated with diabetes. (ow.ly/uvKmf)

How Hearing Aids May Help

Research shows that hearing loss is frequently associated with other physical, mental, and emotional health conditions, and that people who address their hearing loss often experience better quality of life. Eight out of 10 hearing aid users, in fact, say they’re satisfied with the changes that have occurred in their lives specifically due to their hearing aids—from how they feel about themselves to the positive changes they see in their relationships, social interactions, and work lives.

When people with even mild hearing loss use hearing aids, they often improve their job performance; enhance their communication skills; increase their earnings potential; improve their professional and interpersonal relationships; stave off depression; gain an enhanced sense of control over their lives; and better their quality of life.